What the #CancelNetflix Boycott is Missing

The "Cancel Netflix" campaign and outrage over the French movie "Cuties" is misguided, in my opinion. I'll try to explain why here and offer some links for further reading, if you're interested. (Beware: if you haven't watched the movie, there are some spoilers in here.)

What does this tell us? That a jury of her peers (presumably experts) felt her work was award-worthy above all the others presented in the World Cinema Dramatic Competition at this internationally renowned festival.

Yet before the film premiered in the US last week on Netflix, the streamer stumbled with a marketing campaign that showed the girls dolled up and twerking but which failed to contextualize these images or even hint at the film's social messages.

Thousands of people have now joined a boycott of Netflix under the hashtag #CancelNetflix. Their online comments suggest many of the outraged have not actually watched the film.

“Cuties is a social commentary against the sexualization of young children," Netflix tried to clarify. "We’d encourage anyone who cares about these important issues to watch the movie.”

"Cuties" is about an 11-year-old girl, Amy Diop, who has just moved with her Senegalese family into a housing block in a majority immigrant and low-income area of Paris. She becomes fascinated by a group of rule-breaking girls at school who, she finds out as she makes her way into the group, are vying for a spot in a local dance competition.

Inspired by images and videos they find online, and motivated by the online attention they're getting and the fact that they make it into the competition, the girls' dress, behavior and dance moves get increasingly more sensual.

Doucouré does not shy away from filming this sensitive subject up close, the camera capturing the girls' scantily-clad bodies as they primp and pose and dance.

In one scene, the protagonist clumsily posts a picture of her private parts on social media in a desperate attempt to counter the embarrassment of a photo a schoolyard bully has posted of her ratty underpants.

In other scenes, the girls flirt with older boys and show their moves to two security guards, clearly unaware they could actually be putting themselves in danger (none comes, fortunately).

These are not easy scenes to watch – for a parent or for anyone. And that's precisely the point.

Doucouré intends for us to be scandalized by the girls' behavior, a reaction she captures in a climactic scene when the girls dance publicly. All but one fascinated young man in the audience appear shocked and repelled by the girls' overtly sexual dancing.

The #CancelNetflix folks seem to believe we are all that one young man.

In fact, Doucouré has said the film was inspired by a dance competition like this in Paris that she witnessed. I'd add in here that I've seen surprisingly sexy dance routines from slightly older girls in public settings myself, as I imagine a lot of people have. This isn't entirely fiction.

In a 6-minute video for the Netflix Film Club on "Why I Made Cuties," Doucouré says that the performance she witnessed inspired her to go out and speak with "over a hundred pre-teens" to gather their perspectives. She's added in other interviews that she wanted to investigate whether they were "conscious" of what they were doing. In the film, she shows they are not.

This is a key point: "Cuties" is not about little girls discovering their own sexuality. It's about little girls exploiting the existing cultural sexualization of their bodies for their own purposes (attention, a spot in a dance competition) without really understanding the possible repercussions or even the basics of how sex works (at age 11, they're curious but uninformed and easily grossed out).

Another subtlety of the film: Doucouré's girls lack attention from precisely the people who could help them redirect that behavior. We see that their parents are absent, over-worked or stressed out. The girls run all over town with no supervision. Nobody seems to ask about where they've been or what they're up to. No adults are observing what they're posting online.

As New Yorker critic Richard Brody noted, the film (which he calls "extraordinary") suggests girls – "especially poor and nonwhite children" – are particularly vulnerable to online messages when they lack guidance and open family discussions at home to counter them and to help find "the line between liberation and exploitation, between independence and imitation."

This is especially true for the film's main character, Amy, who – like Doucouré herself – comes from a Senegalese family whose traditions and expectations for women contrast starkly with the Western culture around her.

She's trying to make sense of her place between the two cultures and the two sets of values. The film helps you understand why a girl like Amy might question or even rebel against the expectations of her community, where women are taught to cover their entire bodies and "obey" their husbands, where a man like Amy's father can take on a second wife even as it breaks his family's heart.

In the Netflix Film Club video, Doucouré suggests that the objectification of women in Western society is another form of oppression for young girls trying to define what being a woman means to them.

In the end (major spoiler alert), Amy seems to suddenly become aware that what's she doing doesn't feel right. Her mother, too, seems shaken out of a submissive trance and stands up for her daughter. The closing scene, which is quite symbolic, suggests a happier and more wholesome future for Amy.

Doucouré calls her film "deeply feminist" with "an activist message." She says: "My film 'Cuties' is a mirror of today's society – a mirror sometimes difficult to look into and accept but still so true."

Calling on Netflix to censor this film is to not want to look in the mirror. It's to turn a blind eye on the social problems "Cuties" asks us to face, consider, think about and discuss.

Let me know what you think of the movie if you watch it! 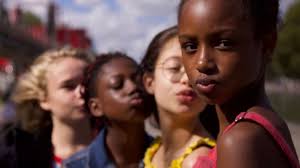 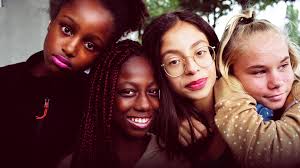